Last week, Minsar Studio has been approved by the Oculus Store team! 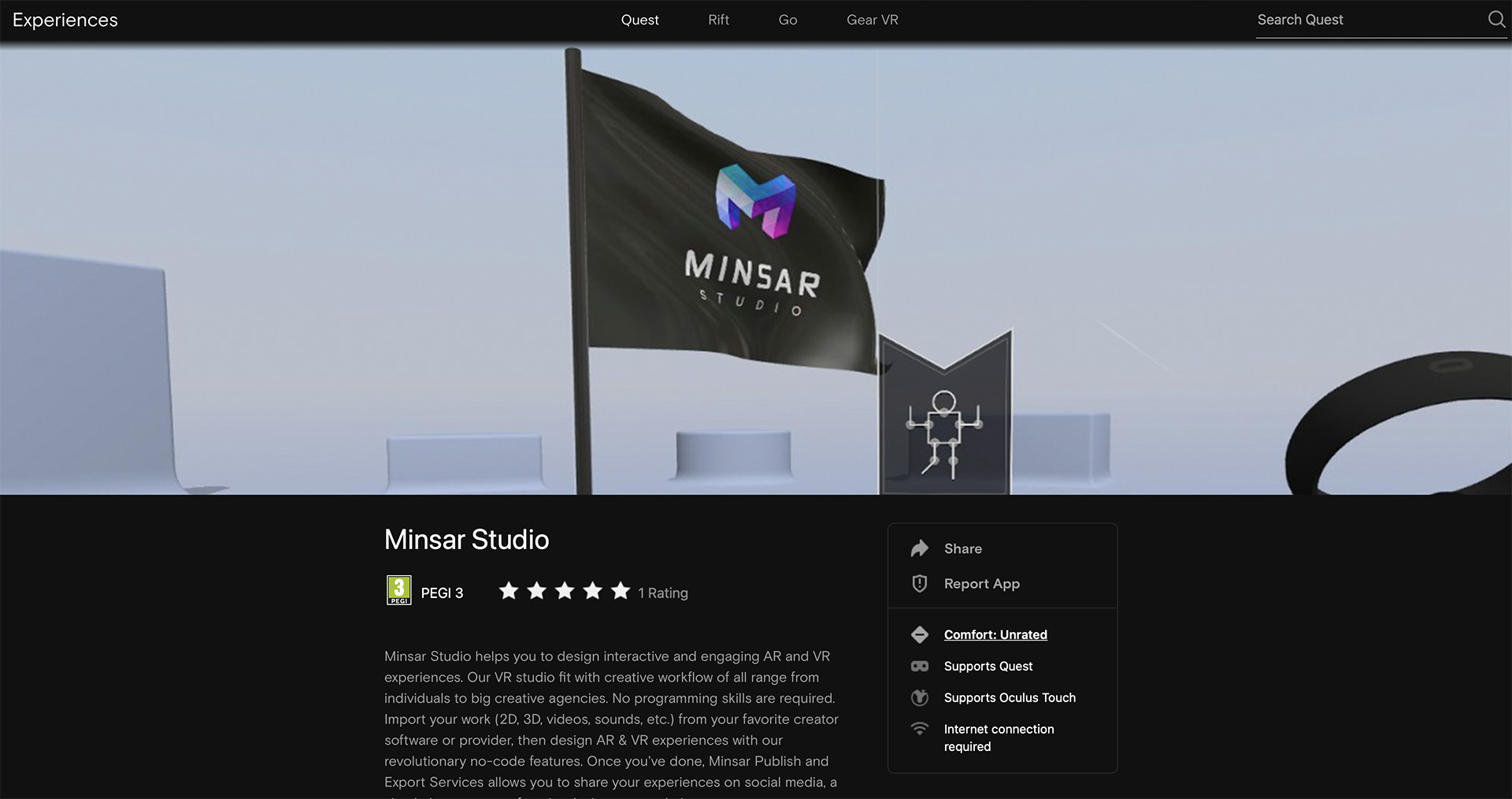 You can download the app right now, on your Oculus Quest, without Sidequest or Developer Mode! This is a public beta available on App Lab (instead of the main Store).

On one hand, there are many rough edges, missing key features and the onboarding experience is unsatisfying, but we're working on improving all these things in the future updates.

As time goes, creators tend to use the immersive (VR) app more than the mobile AR app.

On the other hand, we’ve seen dramatic increases in user engagement, and even more important: we’ve noticed a usage trend for those who were part of the private beta. As time goes, creators tend to use the immersive (VR) app more than the mobile AR app. This is a very good sign, as this was the exact behaviour we’d hoped.

While having the ability to create experiences “on the spot” with mobile AR is nice, Minsar Studio in VR is closer to our core original mission, which is to let designers build interactive AR/VR content in an immersive way.

The next update actually combines 4 updates 😄and thus will include a bunch of game-changing creation features, as well as a new Home UI. It should be available early next month.

To get started with Minsar Studio in your Quest, we have published a handful of updated tutorials on Youtube. Now head over to minsar.quest (that's right!) on your phone or in your Quest's web browser to download the app and start creating AR in VR!

We have something to show you. Join us for Virtuality 2020!