No-code AR/VR: A Future for Creators

This post summarizes the collaboration between French street artist Nicolas Barrome, and Minsar. We worked together to bring Nicolas's street art to life, and add an interactive element to his pieces. 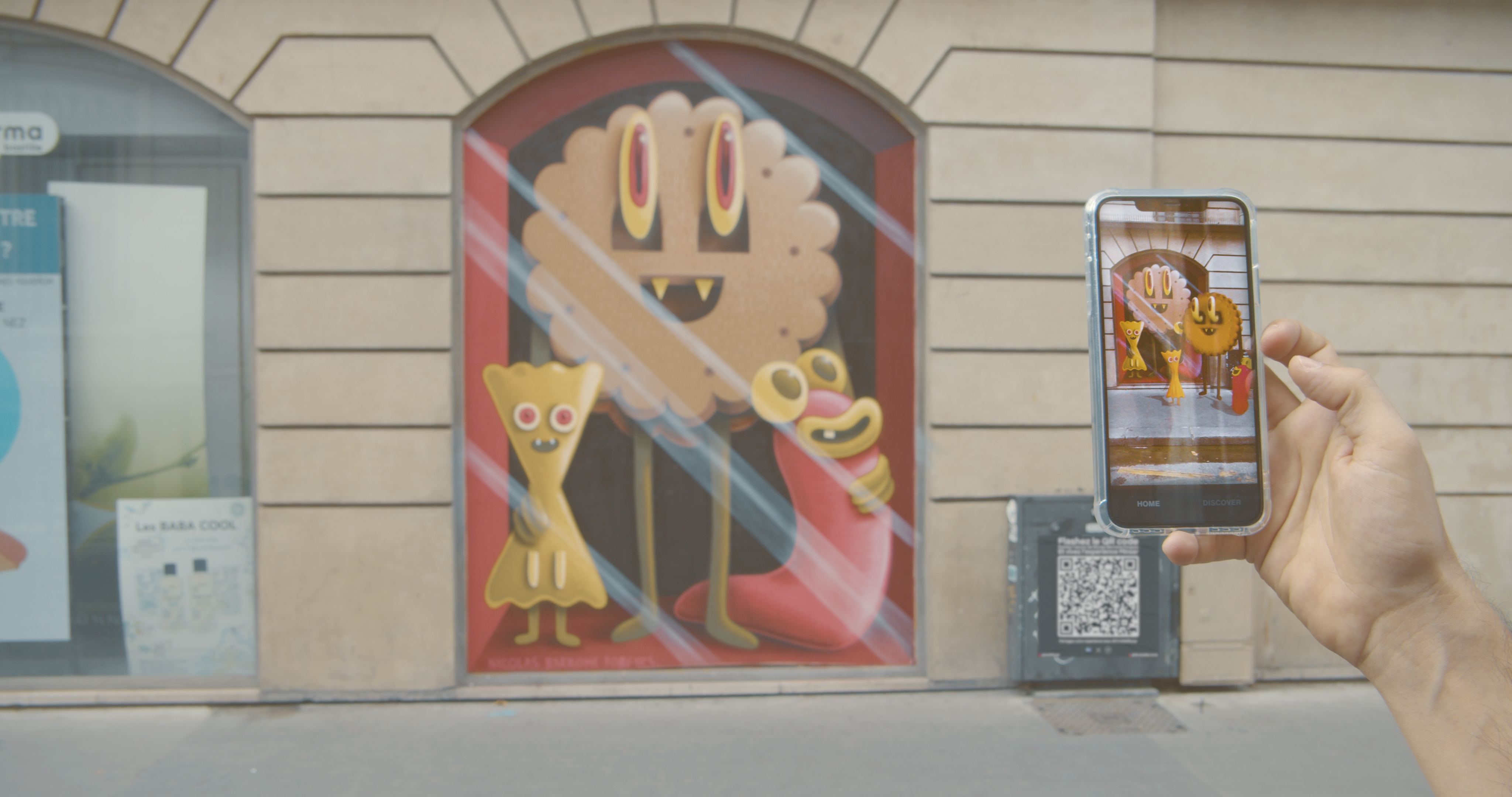 Over the summer Minsar had the great opportunity to collaborate with the talented French street artist, Nicolas Barrome. The goal of this collaboration was for Nicolas to bring his artistic creations to life through augmented reality using Minsar's no-code AR/VR application and image anchoring technology. His fun characters took center stage in 3D as passersby scanned his artwork with their phones and immersed themselves in Nicolas's world.

“Defining my style is easy!” Nicolas told us. “You take a little bit of Arcimboldo, a little bit of SpongeBob and Close Encounters of the Third Kind, you shake it up really hard and see what happens! Broadly speaking it's a mix of classicism and pop culture references.” It’s hard not to fall in love with the creatures that he creates for these pieces.

Even in his everyday creations, Nicolas always likes to pre-design his work digitally. He loves innovative new ways of showing his work, which is why he was so drawn to Minsar and augmented reality in general, saying “Personally I can't be satisfied with producing images in the same way all my life. I need innovations.”

Augmented reality brings a new dimension, without taking anything away from the original artwork. Nicolas particularly likes how augmented reality allows viewers to truly interact with his street art and the characters.

The collaboration also included some stickers that are attached to their own Minsar experience! The digital version of one of these stickers can be found below, so make sure to give the QR code a scan and experience it for yourself.

Minsar is a collaborative no-code platform used to create and share augmented and virtual reality experiences. The application is fully cross-platform and currently available on iOS, Android, HoloLens 2, Magic Leap, and Oculus Quest. Minsar users can now publish AR content directly on social media with the click of a button through SparkAR! You can check out our premier Instagram filter in action here.

Who are the AR Creators?